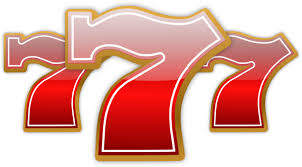 My friend and fellow writer E.G. Moore nominated me to participate in the Triple-7 Challenge. The goal is to share the 7th line from the 7th page of your manuscript, and then tag 7 writers. I included extra sentences for context.

I decided to pull my lines from FANZAM. Granted, parts of this book are always under construction (I can't leave it alone for more than a month or two). So, these lines might change by the time it's released, but I hope you'll enjoy them anyway.

“Remember all those reports on the news a couple years ago?” Ike asked. He didn’t seem to notice Zeeth’s stumble. “For years no one knew who was doing all the killing around here, and then suddenly everything was out in the open. They said one young man was the evildoer.”

This is the first time an outsider weighs in on Fanzam's character (and public perception), making it a pivotal moment in the first chapter. Though, Ike named his cat Fanzam, so who knows what he's really thinking.

I nominate the following friends for this challenge, including some whose writing I'm not familiar with and would love to hear more about: